The Estonian Mid-Am Open by Assa Abloy was concluded today at Otepää Golf & Country Club. In the men’s class, victory went to Marten Palm (Niitvälja Golf Club) after the second extra round, beating Aleksi Seppänen from Finland. Both players had scored a two-day total of +11, with Palm having an opening day 77 and a second day 80 and Seppänen the other way round. The 18th hole was used for the play-off, where Seppänen had a slight advantage on the first attempt, but Palm saved par with a good chip and on the second extra hole, in turn, had the advantage over Seppänen, as he reached the rail with two himself and Seppänen had over 40m to go to the flag after his second shot. Palm made a calm par and secured the Mid-Am Open victory and the Estonian Championship title. Martin Järve (Rae Golf Club) finished third in the men’s class and took the silver medal in the Estonian Championship, two shots (79, 80) behind the two best players. Fourth was Jan Larsson (Estonian Golf & Country Club), who takes the 40+ special prize (81, 79). Fifth place and Estonian Championship bronze went to Anders Anderson (Niitvälja Golfiklubi) with rounds of 77 and 84. Results 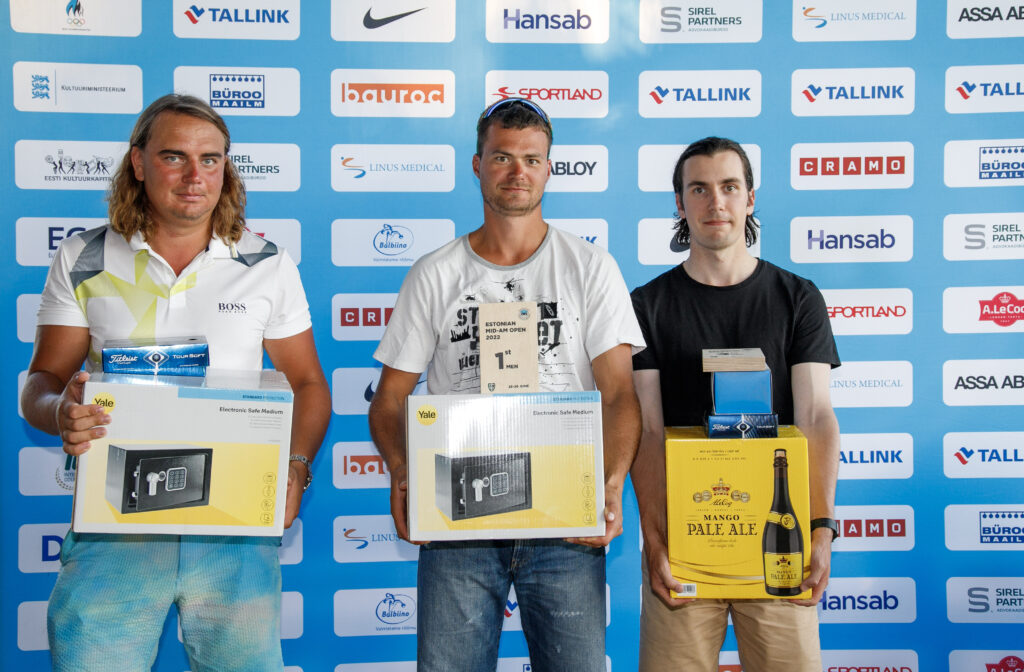 The women’s class was dominated by Getter Saaroja (Rae Golf Club) with rounds of 87 and 84. She was beaten by three strokes by Eva Peedimaa (Tartu Golf Club), who won the 40+ special prize, with scores of 86 and 89. The third place battle was the tightest as three players managed to play the same score. Thanks to a better second day, third place went to Eva-Kristina Maaring (Tartu Golf Club), who had rounds of 95 and 89. Her mother Triin-Annette Kaasik’s rounds were exactly the same, but in reverse order. Kristel Ulla (Niitvälja Golfiklubi) was fifth with the same score. Results