Richard Teder was crowned the first Estonian winner of the Lithuanian Amateur Open at Capitals Golf Course in Lithuania today with a total score of +2. Richard’s rounds were 74, 72 and 72. David Lundgren of Sweden, who won in Latvia last week, was second (+5) and Gediminas Markevicius of Lithuania third (+8).

All the other Estonian junior team players managed to move up the leaderboard on the final day. Ruut Kangust shot his best round today (77), which gave him 11th place in the ranking. Nils Illimar Esko’s final round was an 84, which tied him for 12th place. Robin Udodov’s score today was an 86 which lifted him into a share of 24th place. Results

According to the winner, the conditions on the final day were also very difficult: “The wind was a constant ‘three club wind’. The long shots were still very good but I made a terrible mistake with the short game, the greens were in pretty bad shape.” 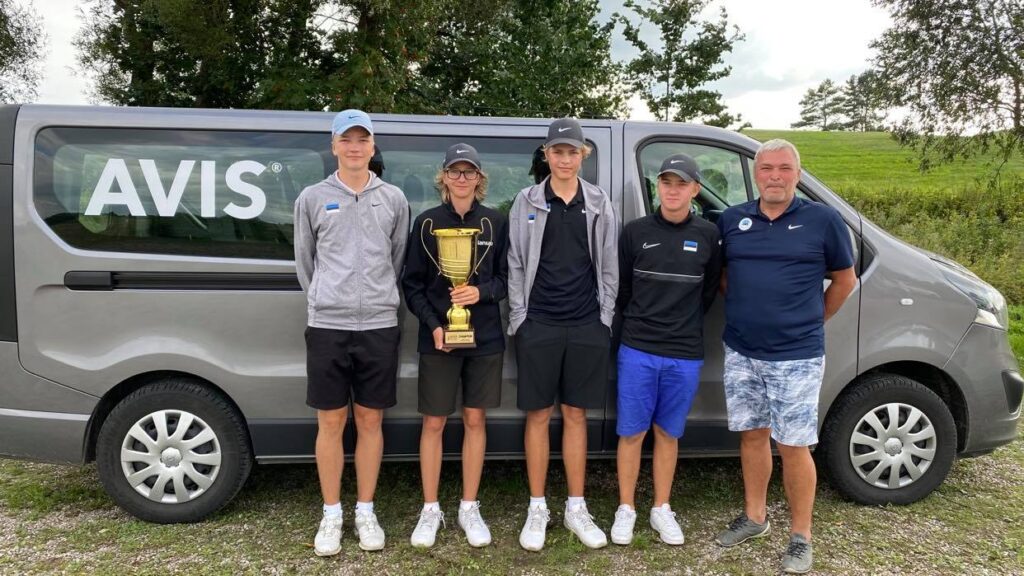