As a result of the Estonian Amateur Open competition, which ended today, two new names must be engraved on the traveling cup. In the men’s class, for the third time the victory was left in Estonia. Kevin Christopher Jegers took advantage of the home field, Niitvälja, and finished the three-day competition with a result of +10 (78, 76, 72). Second was Ken-Marten Soo (EGCC) with a final score of +15 (79, 79, 73). Richard Teder (Rae Golf Club) took the third place +21 (81, 79, 77). Results

In the women’s class, Gilė Bitė Starkutė (European Center Golf Club) won, with a result of -2 (72, 72, 70), which is also a new record in the women’s class. The former record -1 also came from Niitvälja, in 2013 and was authored by Antonina-Leonie Eberhard. The Lithuanian, who was last year’s European Championships medal winner until the last day, currently holds 237 place in the world ranking. Katrīna Jana Gustafssone (Viesturi Golf Club) came in second with a score of +15 (78, 75, 78). Karola Soe (Saaremaa Golf & Country Club) was third, with a total of +19 (75, 76, 84). The last time an Estonian female player had a podium spot was in the 2012 tournament. Results 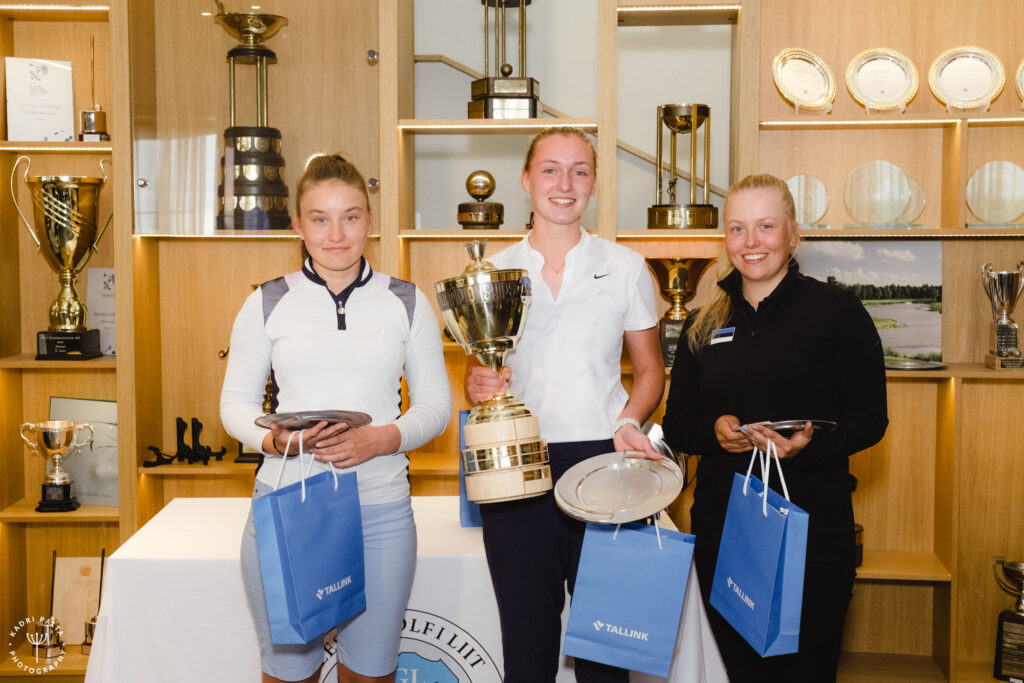 Jegers, who swapped last year’s runner-up place for the first, said after the game that of course it is sweet to get the first win in the men’s class. “Today I tried to play as safe a game as possible, did not take too many risks and it also brought success,” said Jegers, who is going to the US university in the autumn.

There was essentially no doubt about the women’s winner. The Lithuanian, who ruled on all three days, was very satisfied with the organization of her game, the field and the competition. “I am more than sure that I will be seen in so many competitions in Estonia this year,” said the laughing Starkutė.